The gorgeous Bollywood star Anushka Sharma is pregnant and she along with her husband Virat Kohli announced it in a kinda unique way.

Taking to Instagram, Virat and Anushka shared a picture in which the actress can be seen flaunting her baby bump. She wears a cute little polka dot dress. Well goes without saying, Anushka and Virat’s wide smile says it all.

While sharing the picture, their caption read, “And then, we were three! Arriving Jan 2021.”

Certainly, Anushka is now in her third Trimester. Anushka and Virat have been dishing out #CoupleGoals since the beginning of lockdown. They post their hilarious interviews and videos.

Moreover, Virat never stops praising her beautiful wife. They even recall the good times and vocations they spent together. Their chemistry and energy set another benchmark for the couple’s goals.

However, the couple keeps the Virushka fans updates during the lockdown. But looks like, this latest piece of news is a cherry on the cake for their die-hard fans, friends, and family. The couple pulled off a secretive wedding in Italy and looks like managed to keep the pregnancy news well under wraps.

Virushka fans and their respective fan clubs were quick to flood the comments section and are ecstatic. All the fans around the globe sending their love and prayers.

Wishes flooded in with comments and one of the first few to comment were Alia Bhatt, Taapsee Pannu, Varun Dhawan, and Sania Mirza among many others. 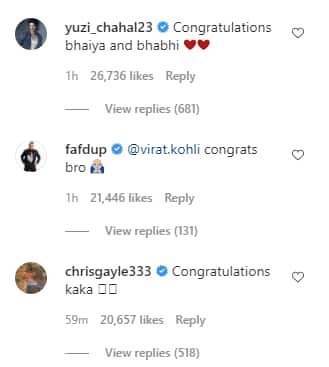 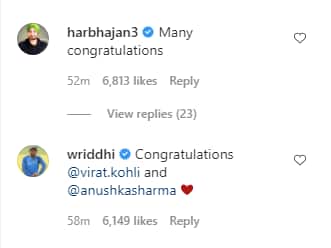 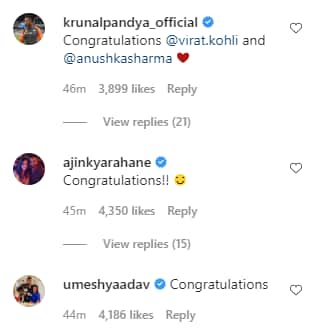 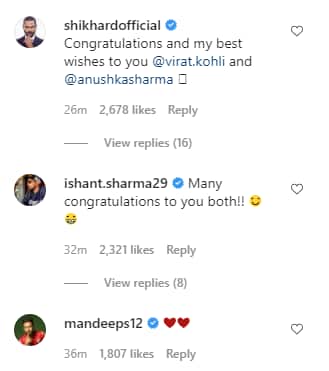 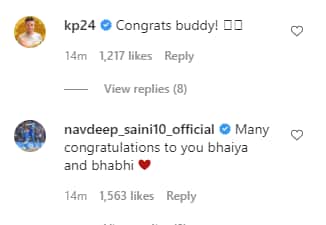 Moreover, on a work front, Kohli is all set for IPL. He will make a return to action following a gap of more than six months when he will captain Royal Challengers Bangalore in the 2020 edition of the Indian Premier League (IPL).
On the other hand, Anushka, the mom to be is enjoying her pregnancy. She didn’t sign any further projects.

Best wishes to the couple and the baby.

Read Next: Giraffes in the Houses, Alligators in the Streets – What is happening in Karachi?