Multan Sultans easily defeated Lahore Qalandars by five wickets in the third Twenty-20 match of the Pakistan Super League 2020 at the Gaddafi Stadium on Friday. Multan’s skipper Shan Masood won the toss and put Lahore into bat on a good wicket where runs were expected to be scored.

Masood held together the innings and kept his team well on the path of the run chase with a steady and responsible 38-run knock from 29 balls, hitting four fours and one six before the visiting team lost opener James Vince (18) at 24 and Moeen Ali (11) at 43. However, Shan kept scoring runs and with Rilee Rossouw, posted 42 runs for the third wicket. 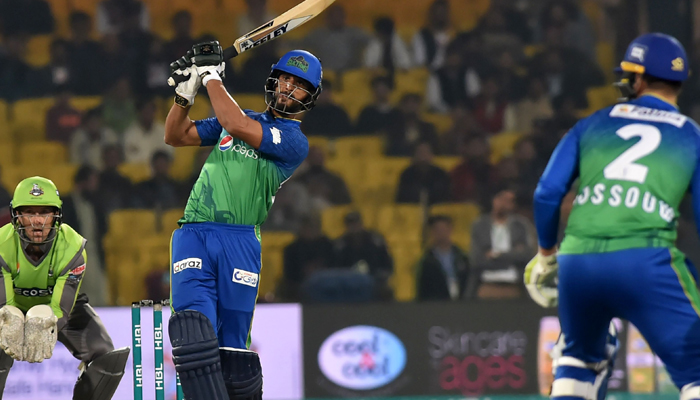 Rilee (32) was the fifth batsman out after Masood had departed earlier. Rilee played 28 balls, hitting two fours and one six to put his team at the threshold of victory before he was dismissed.

Shahid Afridi was the next man to walk in. He did not disappoint the crowd, scoring an unbeaten 21 by hitting two fours and one six in 12 balls to secure the win for the Sultans. 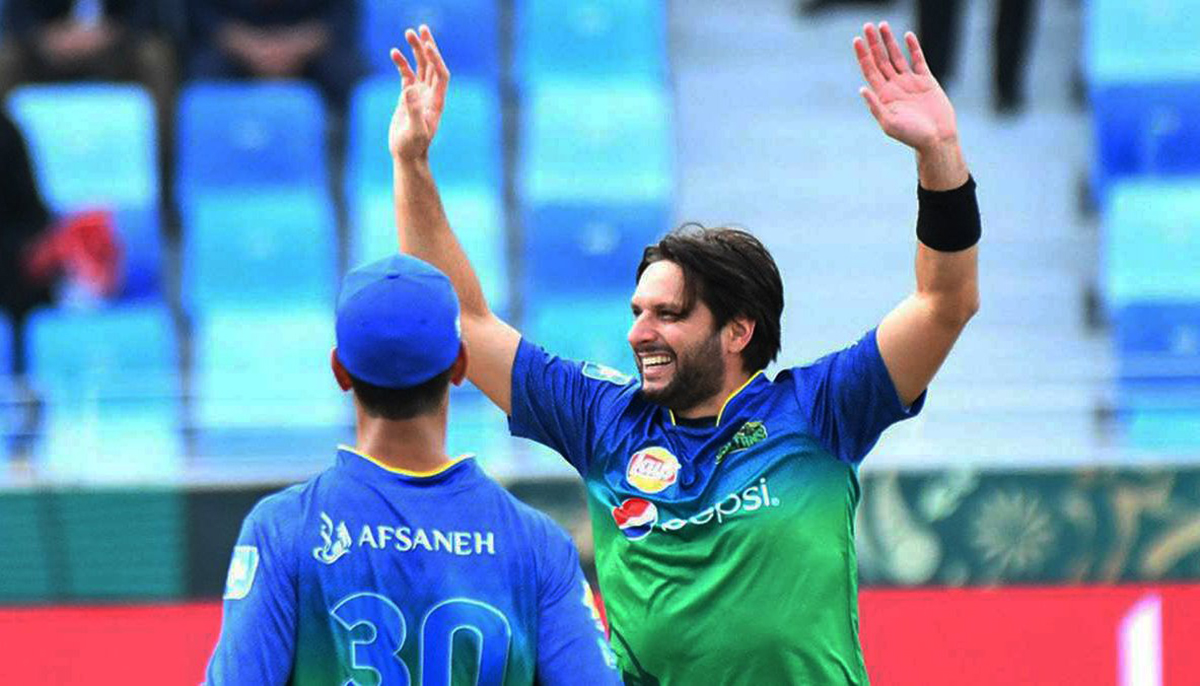 Shaheen Afridi, Haris Rauf and David Wiese took one wicket each for 18, 40 and 11 runs for Lahore Qalandars.

Earlier Lahore were off to a firm start as openers Fakhar Zaman and Chirs Lynn produced 59 runs for the opening stand in front of a charged crowd.

It seemed that both the openers, who appeared well set, would finish off the allotted runs to post a big total. 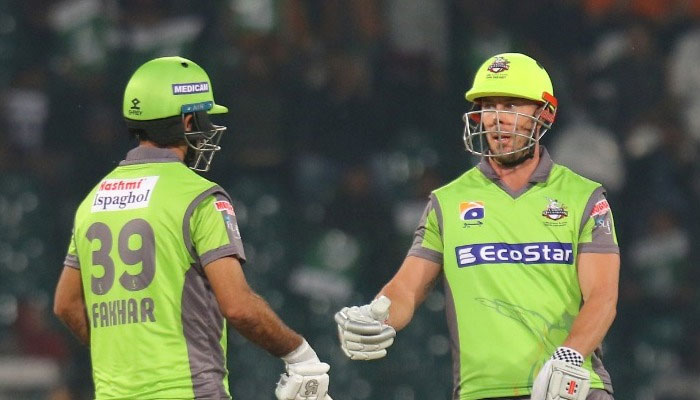 But all of sudden things turned from bad to worse for the home side which met a dramatic top and middle-order collapse, leaving them from 1 for 59 to 2 for 60 and 3 for 63.

Top scorer opener Lynn was out after making 39, hitting four fours and three sixes from 19 balls when the total score was 59 and a run later, Fakhar too departed. On 63, Lahore Qalandars lost their third wicket of Ben Dunk (3) and the home side found it hard to reunite itself battling to salvage its pride with Multan Sultans bowlers in control.

Man of the match Imran Tahir finished with two for 21, Muhammad Ilyas took two wickets for 16, Moeen Ali got two for 13 and Sohail Tanvir claimed one wicket for 36 runs.

In the next match, Defending champions Quetta Gladiators take on Peshawar Zalmi. Everyone expects it to be an extremely thrilling match. Hopefully, it fulfills all the expectations and more.